So, as a few of you already know we have had an interesting few weeks with Under the Stars. Delays on the Insanely expensive engine work and a small sinking almost cost us a lot more than time. BUT, we’re not giving up, we’re adjusting…..yet again.

We were all set to move UTS but the boatyard hadn’t finished the work so we pushed back to a week later. That meant we couldn’t be on the boat when she launched. We didn’t think too much of this at the time, a mistake I doubt we will make again. So on the Wednesday we heard that she was safely in the Marina around the corner. Plans were in place for us to head down on Friday and sail all weekend, arriving in Plymouth on Monday. But, on Thursday afternoon I had a phone call from the boatyard to say that she had taken on water. I asked ‘How much?” I was told “A lot.” They said it was the transducer, I had no idea what that was so I politely said goodbye and rang Chris. Turns out, it was a through hull, a hole made in the hull of the boat (at our request for the sonar to be fitted), that on relaunch was not bunged, so it joyfully let in water for over 12 hours. Her bow was submerged and in places the water was knee deep. Thankfully, the boatyard admitted responsibility and are paying for the damaged woodwork, battery charger, fridge motor, hoover etc to be replaced. As my dad so beautifully put it, “sinking before sailing is not how it’s meant to be!” least we’ve managed to keep our sense of humour. So, Chris took our nephews sailing last weekend and disaster struck again. The engine broke and the lads were stuck for 4 hours. After a cheeky dip in the ocean and some serious faultfinding they managed fix it and on Sunday it broke again! Flat battery thanks to the sinking the week before taking out the alternator. Chris sorted it temporarily and they headed back to the boatyard.

Sadly, all of this has cost us. So we now think it’s impossible for Chris to cross the Atlantic in November. He will need to stay behind and work until January most likely. Sorry to everyone who keeps saying goodbye, we hope to get there eventually! Hopefully, all is not lost and the crew will still take her across but this is massively dependent on them and we’re not sure if they are willing yet. We have asked and now we wait. If this latest plan doesn’t work out because we get more unexpected issues we’ll just re-adjust again. We’ve done it that so much before we’re becoming experts in switching, changing, and laughing our way though the little disappointments and setbacks. 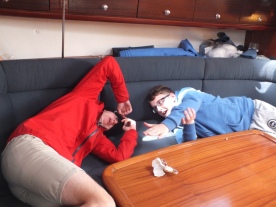 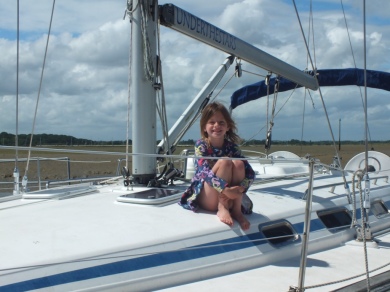 Arch having a swim 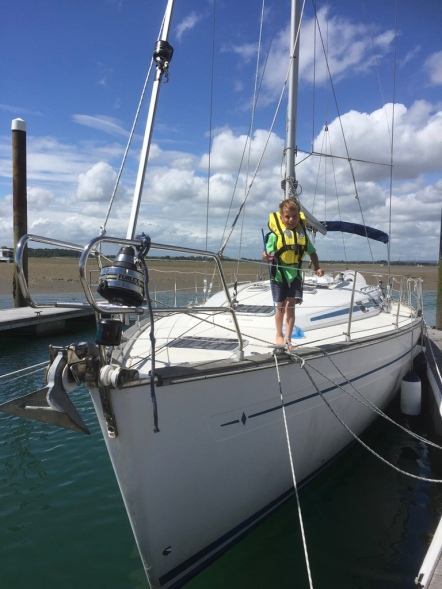 5 thoughts on “A few setbacks…”